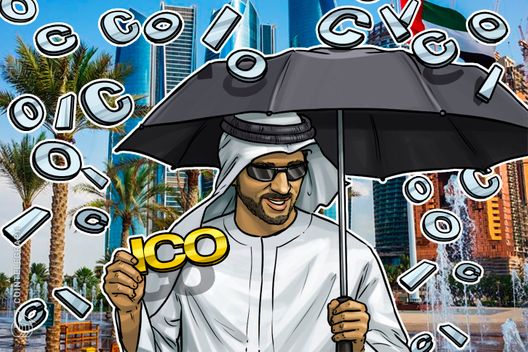 The reported move comes in addition to lawmakers in the country adopting plans for a regulatory sandbox aimed at attracting greater fintech activity.

“The sandbox will act as an environment that attracts innovators to test innovative products, services, solutions and business models in a controlled space,” a report from the Securities and Commodities Authority (SCA) published September 4 reads, adding:

“This can be achieved by adopting an approach of relaxing and / or waving regulatory requirements for participants in the sandbox, while at the same time, ensuring that appropriate consumer protection safeguards are in place.”

The regulatory proposals regarding ICOs gained approval from the SCA in July, while WAM now reports the agreement will enter into law upon its imminent publication in the UAE’s Official Gazette, an official periodical containing all the country’s legislation.

“The SCA Board of Directors has approved the SCA plan to regulate the ICOs and recognise them as securities,” WAM stated, noting:

“The Board of Directors, having reviewed a study on the best international practices in this regard, has issued a directive that the procedures for trading digital token are to be regulated. The plan developed by the SCA includes a set of mechanisms as part of an integrated project to regulate digital securities and commodities.”

The UAE has pursued an in-depth policy of fintech integration in recent years, with a particular emphasis on blockchain at both municipal and state level.