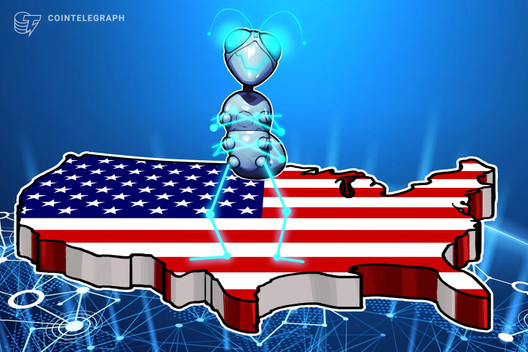 The United States federal government is expected to raise its blockchain spending to $123.5 million by 2022 — an over 1,000% increase as compared with the $10.7 million it spent in 2017. The forecast was made in a report from IDC Government Insights, published on April 18.

Government investment in blockchain technology is likely to evolve and expand to include more complex areas over time, the IDC’s research director Shawn McCarthy outlined:

IDC also notes that blockchain is likely to become a cornerstone technology for trade legislation, and is likely “to be implemented as a standard feature for some types of authorized international trade and also as a standard for many types of government procurement.”

In terms of specific implementations of the technology, the report argues that a hybrid blockchain approach — combining aspects of private and public networks — is likely to prove the most popular among government agencies.

As reported last month, the current Republican Minority Leader in the U.S. House of Representatives has recently argued that blockchain should be implemented to improve the transparency of the legislative process and bring more security and accountability to government.

A separate IDC report from 2018 forecasted that worldwide blockchain spending would grow to $9.7 billion in 2021.