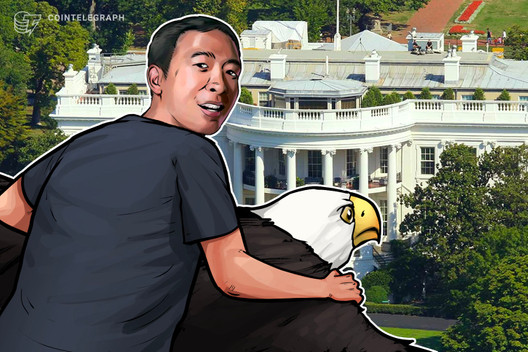 Andrew Yang, a U.S. Democratic Presidential candidate in 2020, is advocating for clear regulations on digital assets.

Andrew Yang, a United States Democratic presidential candidate for the 2020 elections, is advocating for clear regulations on digital assets. Yang put the key operative points in a policy published on his campaign website.

Yang — an entrepreneur who contributed $120,000 to establish Venture For America (VFA), an accelerator aimed at building new startups in emerging cities — is running for president in 2020. As part of his presidential campaign, Yang stands for the implementation of cryptocurrency and digital assets regulation in the country.

In the release, Yang outlines that the government has failed to develop and launch a national framework for regulating digital assets, while several federal agencies claim conflicting jurisdictions. Yang stresses the need to define how digital assets should be treated and regulated in order to ensure that investors proceed with all the relevant information. Yang said:

“We should let investors, companies, and individuals know what the landscape and treatment will be moving forward to support innovation and development. The blockchain has vast potential.”

Yang further points out that cryptocurrency and digital asset markets develop faster than regulations can keep up, and that some states have conflicting regulations. “Create clear guidelines in the digital asset world so that businesses and individuals can invest and innovate in the area without fear of a regulatory shift,” Yang continues.

In January, Cointelegraph reported that U.S. States Senator and cryptocurrency critic Elizabeth Warren had announced her bid for president in 2020. Speaking at a Senate Banking Committee hearing in October, Warren asserted that “the challenge is how to nurture productive aspects of crypto with protecting consumers.” The Senator also outlined that American consumers are falling victim to cryptocurrency scammers.

Earlier this month, Reps. Warren Davidson (R) and Darren Soto (D) reintroduced the Token Taxonomy Act. The bill would exclude cryptocurrency from being classified as a security. The act also pursues the introduction of regulatory certainty for businesses and regulators in the U.S. blockchain industry, as well as clarifying conflicting state initiatives and regulatory rulings.