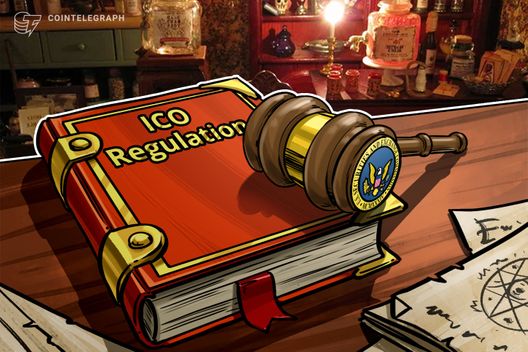 The North Dakota Securities Commissioner has issued a cease and desist order against a Russia-based fraudulent ICO.

Securities Commissioner Karen Tyler of North Dakota, U.S., has issued a cease and desist order against a Russian Initial Coin Offering (ICO) that posed as Liechtenstein Union Bank, according to a Monday, Nov. 19 press release.

The state Securities Department’s ICO Task Force conducted an investigation and found out that the website of the fraudulent ICO mimicked Union Bank Payment Coin (UBPC) — an existing token launched by Union Bank in Liechtenstein back in August. As per the regulator, the project’s website claimed to become the “world’s first security token backed by a fully licensed bank” and stated that the UBPC is fully backed by the Swiss franc.

However, the IP address behind the fake ICO was located in Russia and registered to an individual, while the real one was in Liechtenstein.

Moreover, the press release notes that the fake UBPC website tried to lure funds from investors by directly copying some of the Union Bank’s identity, such as stylized elements, verbiage, leadership information, and images.

Based on the information revealed, the SEC commissioner issued a cease and desist order to the ICO. She further warned U.S. investors about fraudulent ICOs:

“Financial criminals continue to cash in on the hype and excitement around blockchain, crypto assets, and ICOs — investors should be exceedingly cautious when considering a related investment.”

The investigation was a part of Operation Cryptosweep, a coordinated international investigation into potentially fraudulent crypto investment programs involving 40 U.S. and Canadian state and provincial securities regulators. Since the launch of the campaign in May, investigators have found about 30,000 crypto-related domain names and conducted over 200 investigations of ICOs by August.

Most recently, in the wake of the mentioned campaign, the North Dakota’s SEC branch issued cease and desist orders against three firms, Crystal Token, Advertiza Holdings (Pty) Ltd., and Life Cross Coin a/k/a LifecrosscoinGmbH, for allegedly offering unregistered and fraudulent securities in the form of ICOs.