Maduro has announced the official sale of the Petro starting in November, adding that the coin is about to be traded via six international crypto exchanges.

Venezuelan president Nicolas Maduro has appeared on national television to announce the official launch of the national cryptocurrency Petro, according to a brief summary of his speech posted on Venezuela’s government website Monday, October 1.

Maduro stated that the official website for the Petro has already been launched, and the official Petro wallet is also available in Google Play. However, the public sale will only start November 5.

Maduro also stressed that Petro will be available on six major crypto exchanges starting Monday, October 1. The Venezuelan president did not specify which ones will eventually trade oil-backed currency, nor was it listed by largest traders according to CoinMarketCap, such as Binance, OKEx and Huobi, at press time.

In addition, the Venezuelan president has stated that all the oil purchases in and out the country must now be paid with Petro. This stipulation also relates to international airlines whose routes lies through local airports, as fuel for aircrafts will also be sold for Petro.

Nonetheless, all state measures meant to restructure the Petro come late, an expert of Washington-based Center for Strategic and International Studies told the AFP news agency. "It's too late to save the petro. There's no confidence and it won't get any," Moises Rendon said.

The Venezuelan president has recently made several notable announcements about the national oil-backed currency. Initially, Maduro had said the currency would start circulating in August. Maduro then announced Petro would be used as the unit of account for local salaries, goods, and services as the national fiat, sovereign bolivar, kept struggling with hyperinflation.

The national leader most recently stated that Petro would enter international markets this October. 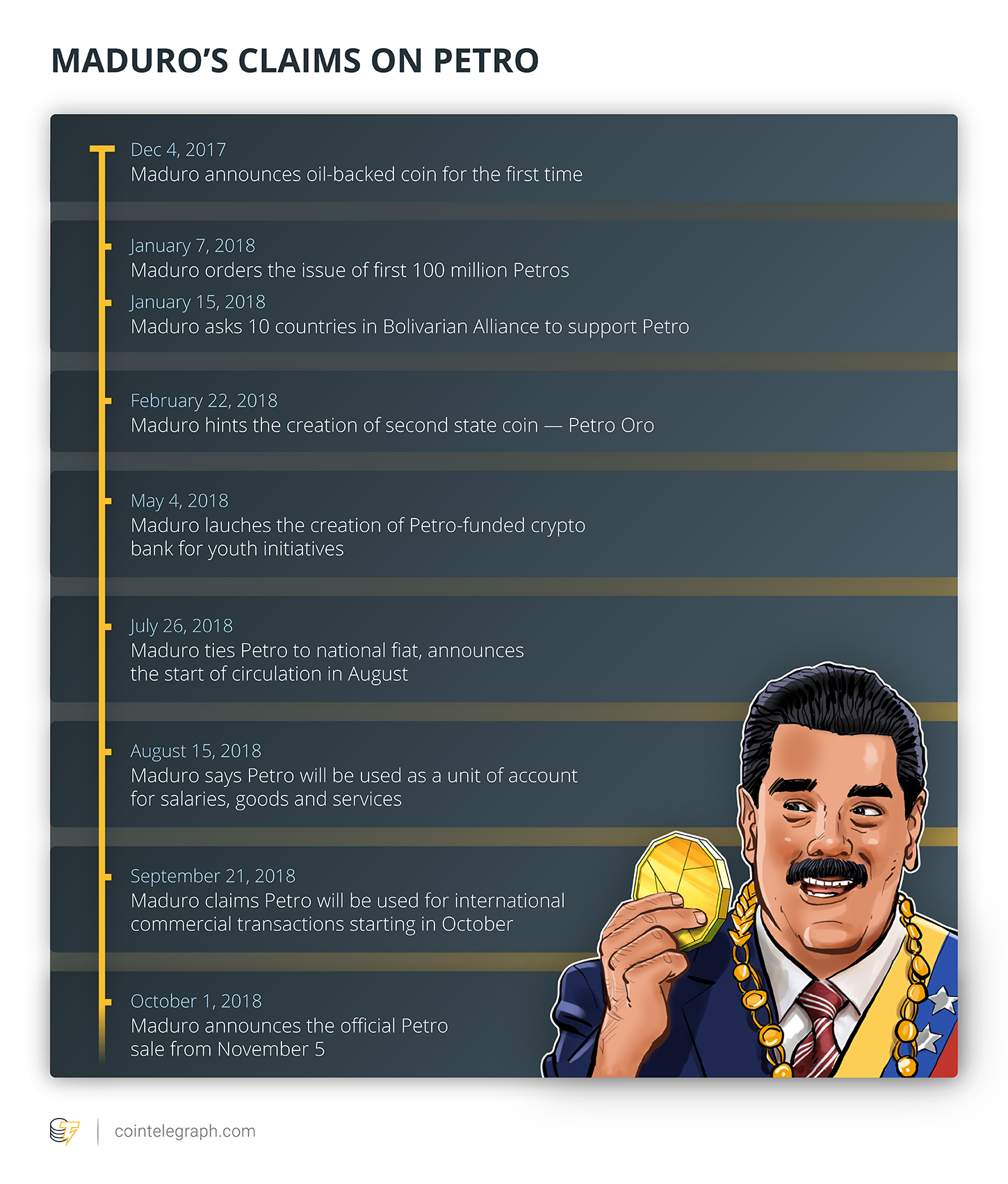 Despite Maduro’s statements from Venezuela, experts remain sceptical on Petro. A report by Reuters published back in August claimed there was no sign of Petro existence in Venezuela, while American culture magazine Wired called the Venezuelan coin "a stunt" that aimed to cover up the government's failure to recover the national fiat.