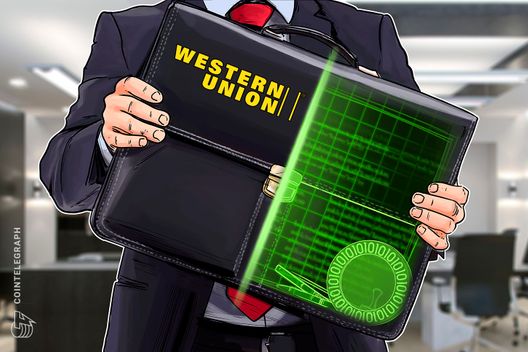 Western Union claims company is technologically “ready to adopt any kind of currency,” including crypto.

The president of Western Union Global Money Transfer has claimed the company is “ready to adopt any kind of currency,” potentially including cryptocurrencies, in an interview with Reuters Plus, Dec. 17.

Odilon Almeida stated there is no big difference between cryptocurrencies and regular digital payments, the likes of which Western Union has been handling for years.

Almeida believes that the firm’s long-term stance makes it potentially ready to launch any type of currency, including blockchain-based ones:

"We already operate with 130 currencies. If one day we feel like it is the right strategy to introduce cryptocurrencies to our platform, technology-wise, it's just one more currency. I think cryptocurrencies may become one more option of currency or assets around the globe to be exchanged between people and businesses. If that happens, we would be ready to launch."

Apart from cryptocurrencies, Western Union is also exploring the use of blockchain. According to a press-release accompanying the video, the firm has already partnered with Ripple to “test whether sending payments by blockchain was faster and less expensive,” adding that the “tests are ongoing.”

Western Union’s official stance towards crypto has considerably changed within the last few months. In June of this year, the company’s CEO Hikmet Ersek said that Western Union will not add a cryptocurrency transfer solution to its services anytime soon. “The consumers tell us what they want. People aren’t paying their hospital bills in cryptos,” he stated at the time.