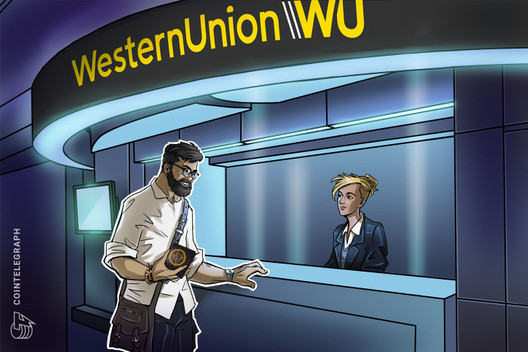 Within the collaboration, Western Union will purportedly integrate the Coins.ph blockchain-based platform into its cross-border platform, enabling users in the Philippines to receive and hold international money transfers directly into their Coins.ph wallets.

Prior to using the new services, customers reportedly have to register for Coins.ph wallet, provide a valid ID, and pass electronic Know Your Customer (KYC) procedures. The release further notes that Coins.ph will limit a consumer wallet capacity to 100,000 Philippines pesos per month (about $1,907).

According to the World Bank’s Migration and Remittances Brief 30, the Philippines represent one of the leading remittance-receiving countries in the world, with over $34 billion in inflows registered in 2018. The release reads that over five million Filipinos hold Coins.ph wallet, while Western Union has more than 12,000 agent locations in the country.

Earlier this month, the central banks of Myanmar and Thailand endorsed the Ethereum (ETH)-based remittance system developed by blockchain company Everex. Veerathai Santiprabhob, the governor of Thailand’s Central Bank reportedly said that “this project is an important step forward for the more than 3 million workers in Thailand who might have so far used not secured channels.”