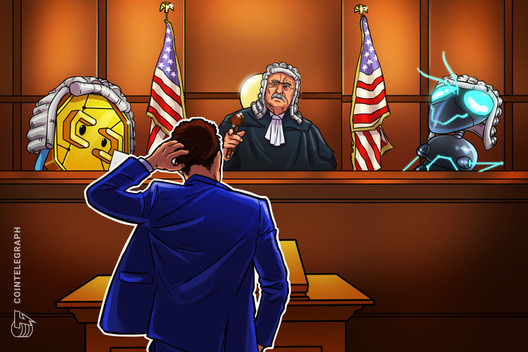 Courts are beginning to modernize the Howey Test for blockchain tech and cryptocurrencies.

If there’s anything to take away from this federal class-action suit, it’s that this new opinion on ATB Coin provides further guidance on when a token might be considered a security under securities law in the United States.

What did ATB Coin do wrong?

Pursuant to the Complaint was that ATB Coin LLC (“ATB/Defendants”) held itself out as a technology start-up company established for the purposes of facilitating rapid, low-cost digital financing transactions through revolutionary blockchain technology (Compl. ¶¶ 3,15-16).

From June 12, 2017 through September 15, 2017, ATB conducted an initial coin offering, or “ICO,” through which ATB offered digital “ATB coins” to the general public in exchange for other digital assets (the “ATB ICO”) (Id. ¶2).

Defendants promoted the ATB coin as “an innovative decentralized cryptocurrency incorporating the advanced technologies that tailor the needs of primary market players—users, investors, and business owners.” (4/27/18 Kupka Decl. Ex. 1, at 2).

The ATB coin was “designed to overcome well-known inefficiencies within government central banks and other cryptocurrencies [and to] induce […] transactions that are fully secure, private, and anonymous.” (Id.)

The primary purpose of the ATB ICO, according to Defendants, was to raise capital to enable Defendants to create and launch a new blockchain (the “ATB Blockchain”) on which the ATB coins would operate (Compl. ¶ 3). During the ICO, Defendants issued a range of promotional materials describing the ATB ICO as an “investment opportunity.” (Id. ¶ 33; see also id. ¶ 4).

When the ATB ICO launched in June 2017, Defendants offered one (1) ATB coin for $1, payable in the cryptocurrencies bitcoin (“BTC”), ether (“ETH”), or litecoin (“LTC”) (Id. ¶ 5). As the price increased $1.50 three months later, all market participants in the ICO continued to receive a certain number of additional ATB coins as a bonus (Id. ¶ 37).

While the Defendants launched the ATB Blockchain on September 14, 2017, at the close of the ATB ICO, it was not capable of the technological feats that Defendants had advertised.

What brings Defendants into Court for this pending class-action suit, is that Defendants did not file a registration statement for the ATB ICO with the United States Securities and Exchange Commission (“SEC”) at any point, either before, during, or after the ICO (Compl. ¶¶ 1, 9, 55-57).

Going down the legal rabbit hole

In its putative class-action complaint, Plaintiffs alleged two violations of the Securities Act:

Defendants filed their Motion to Dismiss for:

In their Motion to Dismiss, Defendants claimed there was a “lack of personal jurisdiction.”

When a defendant moves for dismissal for lack of personal jurisdiction pursuant to Rule 12(b)(2) of the Federal Rules of Civil Procedure (“FRCP”), the plaintiff bears the burden of demonstrating that the court has jurisdiction over the defendant.

For more than 70 years, U.S. courts have relied upon the “Minimum Contacts” standard established in the 1945 case, Int’l Shoe Co. v. Washington, for determining whether personal jurisdiction exists.

Under the Minimum Contacts test, a court will look to the amount of contact a person (natural born or business) has had with that court’s forum state, to ensure hailing them into court there is fair and justified.

With respect to Defendant’s argument, the Court referred to a number of New York conferences that Ng and Hoover had attended, in efforts to promote the sale of ATB coins to U.S. investors.

According to one of the company’s press releases, ATB Coin’s co-founder, Herbert W. Hoover III, is a member of America’s iconic manufacturing family who resides in New York and travels worldwide.

Therefore, the Court quickly dismissed Defendant’s argument, holding that there was more than sufficient contact with the state of New York.

#2 — Was the ATB Coin token sale a “securities offering” under U.S. securities law?

Since 1946, the U.S. Supreme Court case, SEC v. W.J. Howey Co., continues to remain the leading standard in U.S. securities law for determining whether or not a transaction is considered to be an “investment contract” (securities offering), or a “commodity” under the U.S. Securities Act.

An investment contract implies that the transaction is a type of security.

In the world of blockchain technology and digital currencies, the Howey Test comprises of three elements:

For a token or coin to be considered a “security” under Howey, all three elements must be met.

The third element of this standard encompasses both the third and fourth prongs of the traditional Howey Test.

Was there an “investment of money”?

As for the first element of the test, there was no dispute among the parties that money was invested into this venture.

The issue in this case revolves around the second and third elements of the test.

Was there a “common enterprise”?

The Defendants argued that there was no common enterprise to subject them to the requirements of Howey.

However, the Court disagreed. It found that “Defendants encouraged investors to purchase ATB Coins based on the claim that the speed and efficiency of the ATB Blockchain would result in an increase in the coins’ value.”

It didn’t matter that the coins never entitled the purchaser to a pro rata share of ATB’s profits. Rather, the Court sided with SEC precedent, that an ICO can be a securities offering even where the offer does not provide for a pro rata distribution of profits.

Was there an “expectation of profits predominantly from the efforts of others”?

Yes. The Court pointed to the complaint, which in its belief, sufficiently alleged that the buyers’ profits were based on ATB’s efforts.

In addition to the SEC Consent Order, “2017 In Re Munchee,” the Court looked to the company’s press releases and FAQs — persuasive authority, to help expand on its analysis. Quite literally, the company stated that the coins were a kind of “investment” —

“[…] the first users of ATB Coin cryptocurrency can be compared to investors in a start-up, which can later acquire value, due to its usefulness and popularity. Thus, the acquisition of the first ATB Coin becomes a kind of investment with a long-term perspective.”

What’s nice to see here is the Court’s willingness to look to persuasive sources such as SEC orders, which it has done in the past, such as the DAO Report.

Legalese aside, what you need to know

As of today, the case is still in its early phases, as it took approximately 16 months from the filing of the initial complaint to the recent ruling on Defendants Motions to Dismiss. Why it took this long, we do not know, but it’s only fair to assume that it will take at least another year until we see major news with respect to the next stages in this process — the class discovery and class certification are major aspects to a class-action.

Per the Court, “Defendants promoted the ATB Coin as ‘an innovative decentralized cryptocurrency incorporating the advanced technologies that tailor the needs of primary market players—users, investors, and business owners…’”