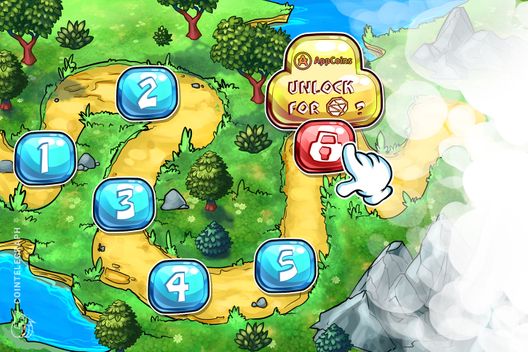 A blockchain-based platform which facilitates in-app payments in games has forged a partnership with one of the world’s biggest game engines.

AppCoins offers an ERC20-compliant token which is compatible with some of the most popular wallets on the market, and is listed on the top three crypto exchanges. In a major milestone, developers who use Unity will be able to accept AppCoins as a method of payment – and the company says this could open up access to a market of more than 200 million users “with a simple and easy integration.”

In a recent interview with TechCrunch, the CEO of Unity, John Riccitiello, said that 50 percent of all games that are being created today use its service. As well as being compatible with major platforms including the Nintendo Switch and PlayStation 4, they offer support for ever-popular iOS and Android devices – making it easier for developers with a hit on one platform to transfer them to another without the need to start all over again.

The agreement coincides with a substantial rise in the number of in-app transactions that are being successfully completed using AppCoins in the first place – with the quantity of payments increased 590 percent between September and October. AppCoins is expecting this volume to increase even further now it has put pen to paper with Unity.

An array of app stores currently accept AppCoins as a method of payment, and they too will become accessible to developers as a result of the tie-up with Unity. They include Aptoide, Cherry Mobile and MultiLaser.

AppCoins believes that its “open and distributed protocol” has the potential to address several issues which are blighting the gaming industry – especially developers who are focused on mobile.

In its white paper, the company says that advertising, in the main, is focused on “inefficient middlemen” who increase the cost of acquiring new users and generate fraudulent transactions – even though advertising only accounts for approximately four percent of app downloads. To compound the problem, the fees taken by major app stores whenever an in-app purchase is made can serve as a deterrent to developers, and as it is, barely five percent of users are buying additional items within a game to begin with.

AppCoins intends to address both of these burning problems – along with the bugbear of approving apps for public consumption, which is currently handled by “centralized app stores with non-transparent flows and policies that affect developers’ and users’ trust.”

AppCoins’ protocol works on a different basis to the conventional business model used in games. It helps to guarantee that users who install apps pay attention to it for at least two minutes in a mechanism known as “cost per attention.”

Here, players are rewarded for spending time on a game – and can then use the funds they earn on making the in-app purchases that developers crave. Over time, executives hope that this will help to build a so-called “circular economy.” Meanwhile, app approvals are based on a system which ranks the reputation of developers. The mobile gaming marketplace has been a major focus for AppCoins, especially the Android platform, which holds the lion’s share of devices sold.

Disclaimer. Cointelegraph does not endorse any content or product on this page. While we aim at providing you all important information that we could obtain, readers should do their own research before taking any actions related to the company and carry full responsibility for their decisions, nor this article can be considered as an investment advice.Original Article